Have you subscribed to this blog? If you haven’t done so you’ve still got a chance to straighten things up by clicking “follow” by your right (go on ☺️) and getting alerted once the new post drops 🔥

This past week was super hectic for me, but that’s a story for another post.

This post is concentrating on my NYSC camping experience proper.

If you don’t know what NYSC is all about, I’d give you a brief on it before I begin my narration.

So it stands for “National Youth Service Corps” and it’s a (not-so) compulsory thing to do after your University/Polytechnic/Higher education degree, let me put it that way. I said not so compulsory because I’ve got a few people chanting about how they won’t need it later in life. (Hmm hmm)

It’s just for a year and more or less like a salary upgrade. Most companies won’t hire people without an NYSC certificate and give them good pay, hence the “compulsory”, unless you want to be self employed and probably never ever (ever ever in your Nigerian life) want to run for any political post.

So there are 36 states in Nigeria (that was what I was taught in elementary school. Or is it 35? Then FCT? I’m unsure 🤦🏾‍♀️), and you get to serve for an entire year in one of these states. You’re given an option to pick 4 choice states on registration and the NYSC board selects out of the four you’ve chosen. I picked Lagos, Abuja, Delta ( mom said to pick this. I would have picked calabar but thank God I didn’t. It would have been worse 😂) and Kaduna.

“WHO GOT SAME DELTA WITH ME??”

That’s what I was on about. I asked all my friends and they got Lagos which I wanted, Abuja, OYO (which is way cooler than delta if you ask me) and other cool states.

So I went straight up to google to search for the state of Delta Camp. I’d have to travel all the way from Lagos to Delta for the compulsory 21 days camping exercise with people I had no clue about.

THEN I got a couple of people that had delta with me too, and I knew really well. It was a relief sincerely. I wasn’t going to mingle with strange people or what have you. Even if I was going to, I wanted known faces around me too. It boosts self confidence a lot of times uno 😌

We were given less than 3/4 days to get to our camp venues. I was contemplating going there using a flight (air trip) or a bus (road trip)

I ended up using the flight from Lagos to Benin which was 45mins (FIRST TIME FLIGHT TRIP GUYSS! I’ll talk about this in another post 🤣😘) as opposed to the road trip that’ll be for 6hours! (O my lovely buttocks)

Note that the flight took me to Benin not Delta. The airport in delta (Asaba) was non functional. Such a sad situation. It would have made the journey easier. But no. I had to journey from Lagos – Benin – Delta(Warri) before moving to Delta(Asaba) and finally Delta( Issele-Uku). That’s where the camp was. Still is.

Tired and all, Skin creasing and what not, I made sure I packed light because I heard stories of how the military men would make you carry your load on your head and tell you to march (gosh they were stressful, and it actually did happen 😭😩)

Guys! This post is getting really long. I think I’d just have to make a part 2 of this 😂. Make sure you subscribe to this blog so you’d catch the other half of this juicy post.

I mean, how have I been doing with the May challenge? A post a week. Real nice I must say. It’s a really good start for a consistent journey with the blog. 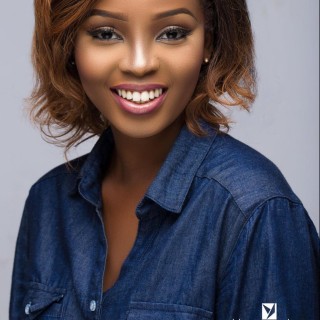 Hi Beautiful! I'm Victoria. Born on the 29th of August. I'm a graduate of Civil Engineering. Drawing is my passion. My Style speaks for itself. Music is the Life. I blog to reach out to beautiful people like you.